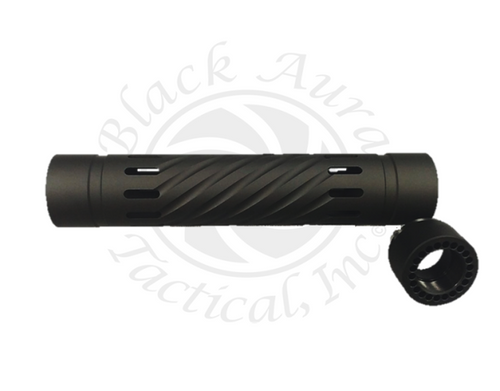 If you're in the market for an AR-10 free floating handguard, Black Aura Tactical's DPMS 308 Spiral Fluted Handguard with Barrel Nut is a unique choice that will stand out from the crowd. Sculpted good looks aren't all the Black Aura Handguard has going for it. This AR-10 spiral fluted free float handguard is machined from 6064 T6 Aluminum billet and given a corrosion and abuse-resistant black anodized finish. This 12.5-inch free float handguard comes complete with the barrel nut you'll need for installation. When you choose a Black Aura handguard, you get a quality handguard that's comfortable without add-on plates or extra grips.